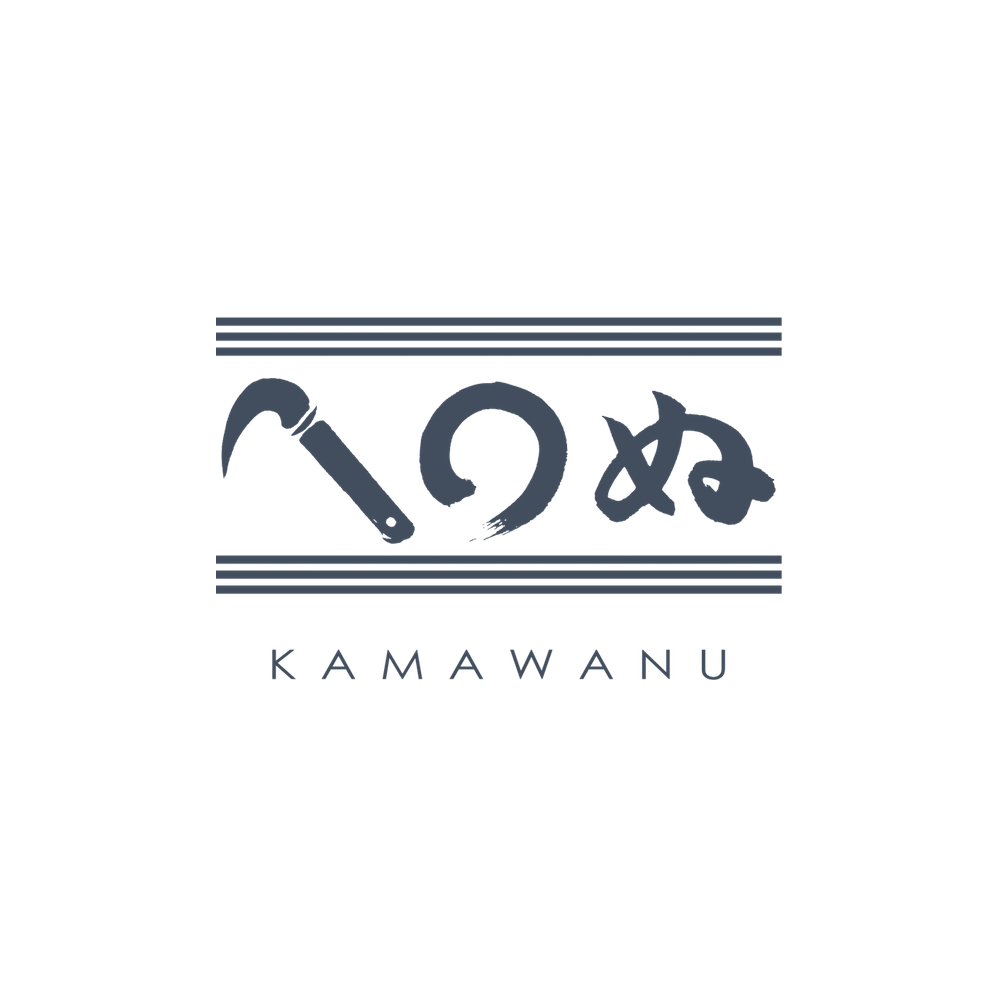 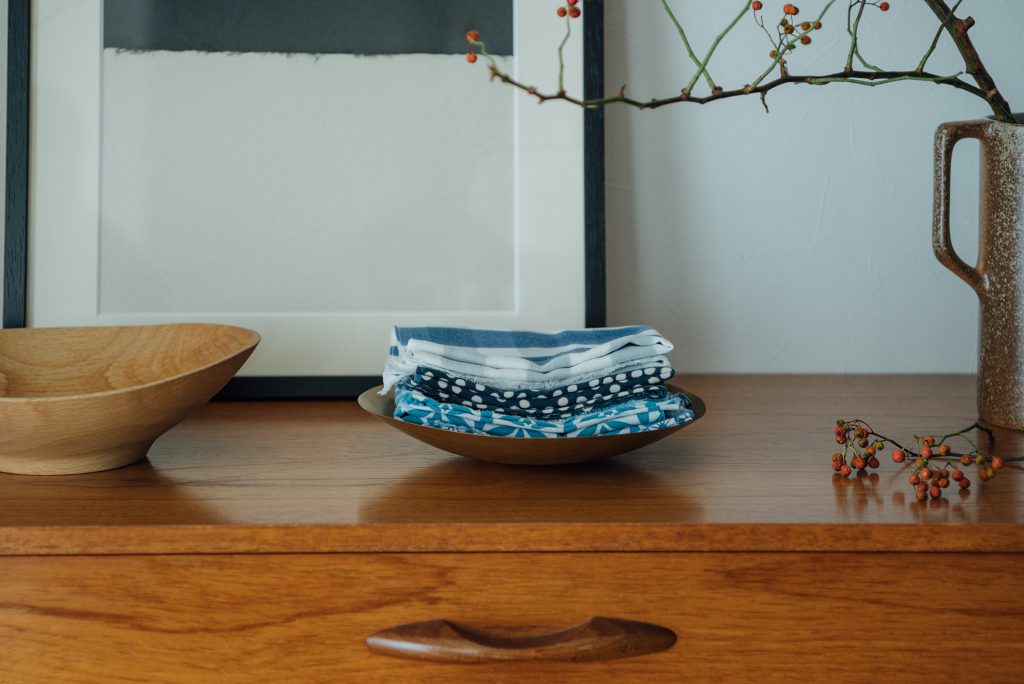 KAMAWANU is specialized in the making of TENUGUI, a hand-dyed rectangular cloth traditionally used in Japan as functional everyday housewares / garments. The TENUGUI is created using the "CHUSEN" hand-dyeing technique, which dates back to the Meiji Period more then 100 years ago and is still used by today's craftspeople who value its refined textures and visual qualities. Since its establishment in 1987, KAMAWANU has developed more than 500 different TENUGUI patterns, thus bringing new life to the "CHUSEN" hand-dyeing tradition, including the training of apprentice "CHUSEN" craftspeople.

In the Heian period (AD 794 - 1192) TENUGUI was used as accessories for Shinto rituals. Cloth was such a precious item that the use of the item was not widespread among the people during the Nara period (710 - 794). From the Kamakura period (1192 - 1333) on, it gradually became popular. In the Edo period (1592 - 1868) cotton began to be cultivated in various parts of Japan and TENUGUI became a necessary item for living.

Then a contest called "TENUGUI-AWASE" became a widespread event among a certain type of people who tried to win with their original designs on TENUGUI.

Such competition contributed to the development of new dyeing techniques. In the Meiji era (1868 - 1912) a dyeing technique called "Chusen" was devised and it extensively revolutionized the industry. In or around the Showa period (1926 - 1989), a variety of associations were formed by people who love TENUGUI and such associations spread throughout the country with TENUGUI as an item which is no longer within the realm of daily necessities.

Today there are many different colors and patterns of TENUGUI and people have free minds of how to use TENUGUI.

The "CHUSEN" dyeing technique has been around since the Meiji period and KAMAWANU's craftsmen have been making KAMAWANU's TENUGUI in large volumes using the technique.

TENUGUI is a bleached cotton cloth which is about 34 cm wide and 90 cm long. Dyes produce different shades of colors depending upon each day's weather, temperature and humidity, and it is inevitable that , the colors of dyed TENUGUI will fade away. However, each washing will soften the cloth and you will come to enjoy the texture of it. This is the unique quality of the "CHUSEN dyeing" technique, defying competition by other techniques.

Because TENUGUI is dyed by hand, all products may not be shaped exactly the same and the dyes may come out uneven but it will be our great pleasure if you can enjoy our hand-made TENUGUI for its unique texture and appearance. 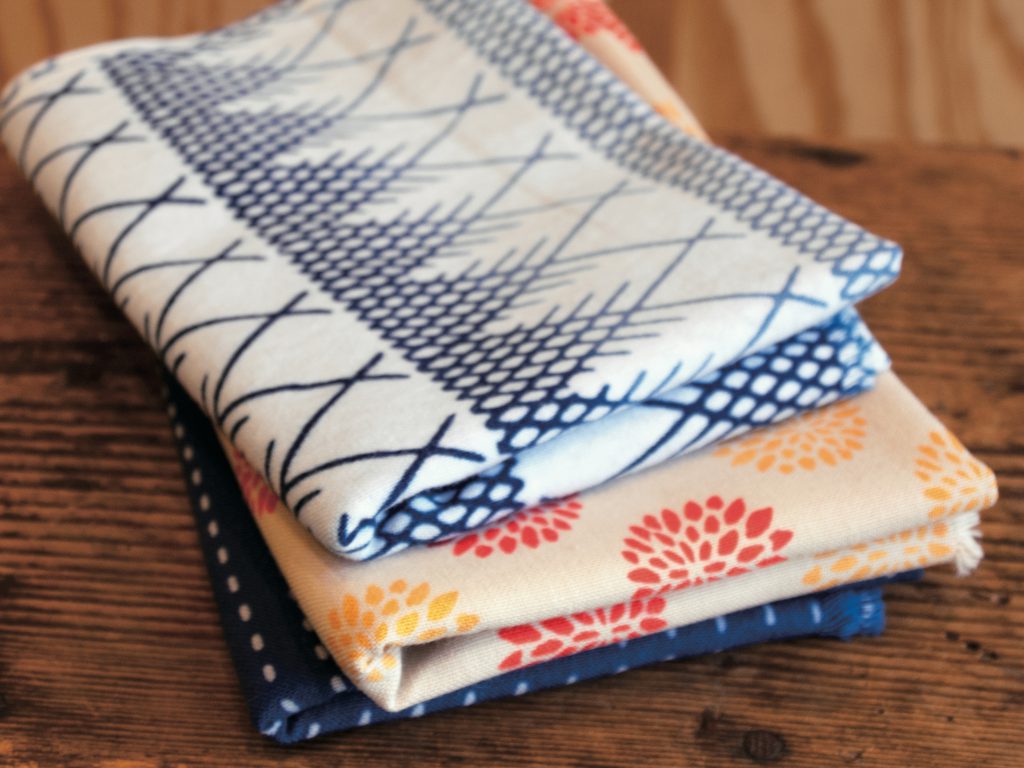 A bleached seamless cotton cloth is clean because it will dry easily and attract no dust. In a hot and humid country like Japan, it is only natural that such TENUGUI is available. 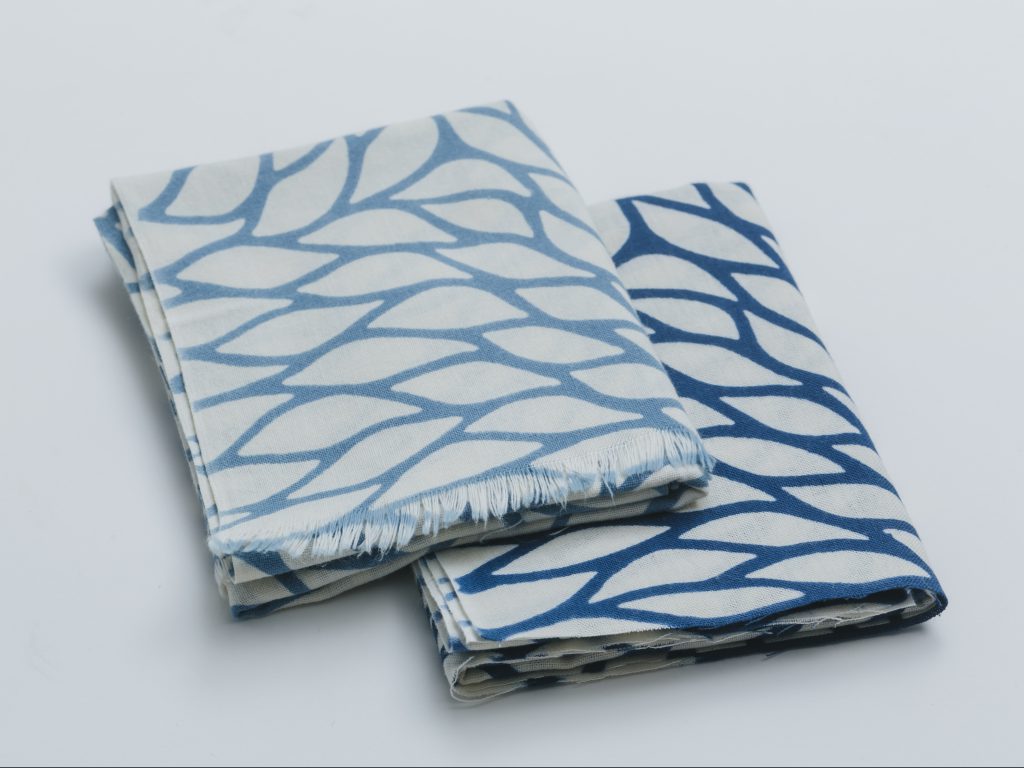 We provide worldwide distribution for the KAMAWANU products except for Asia.
products 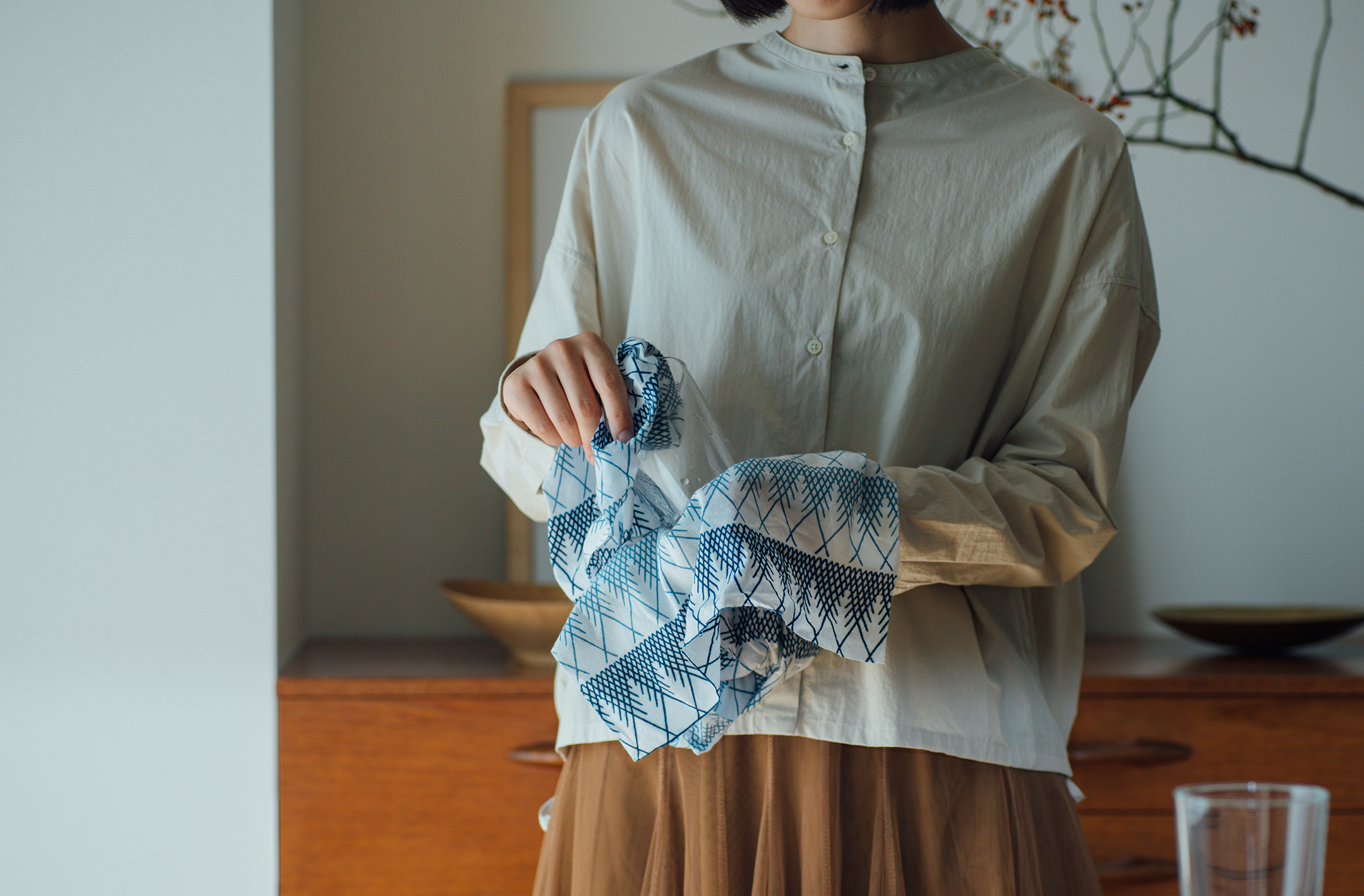 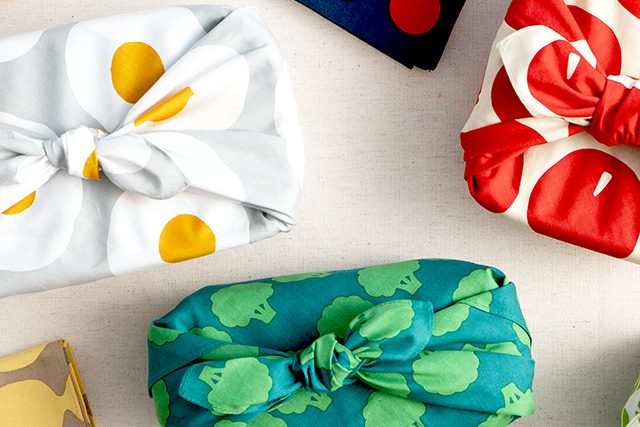 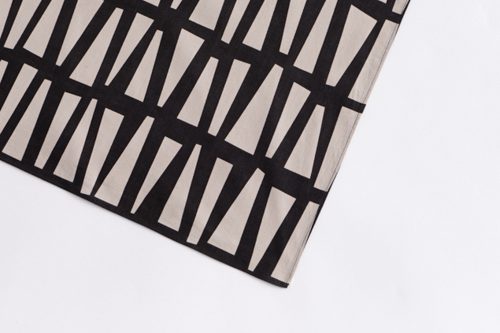 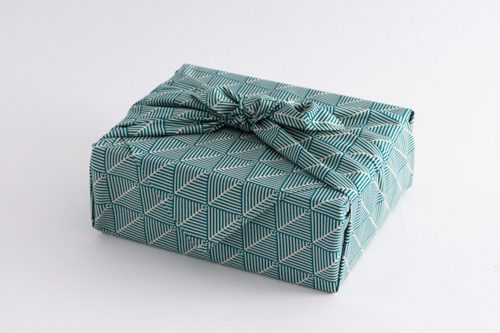 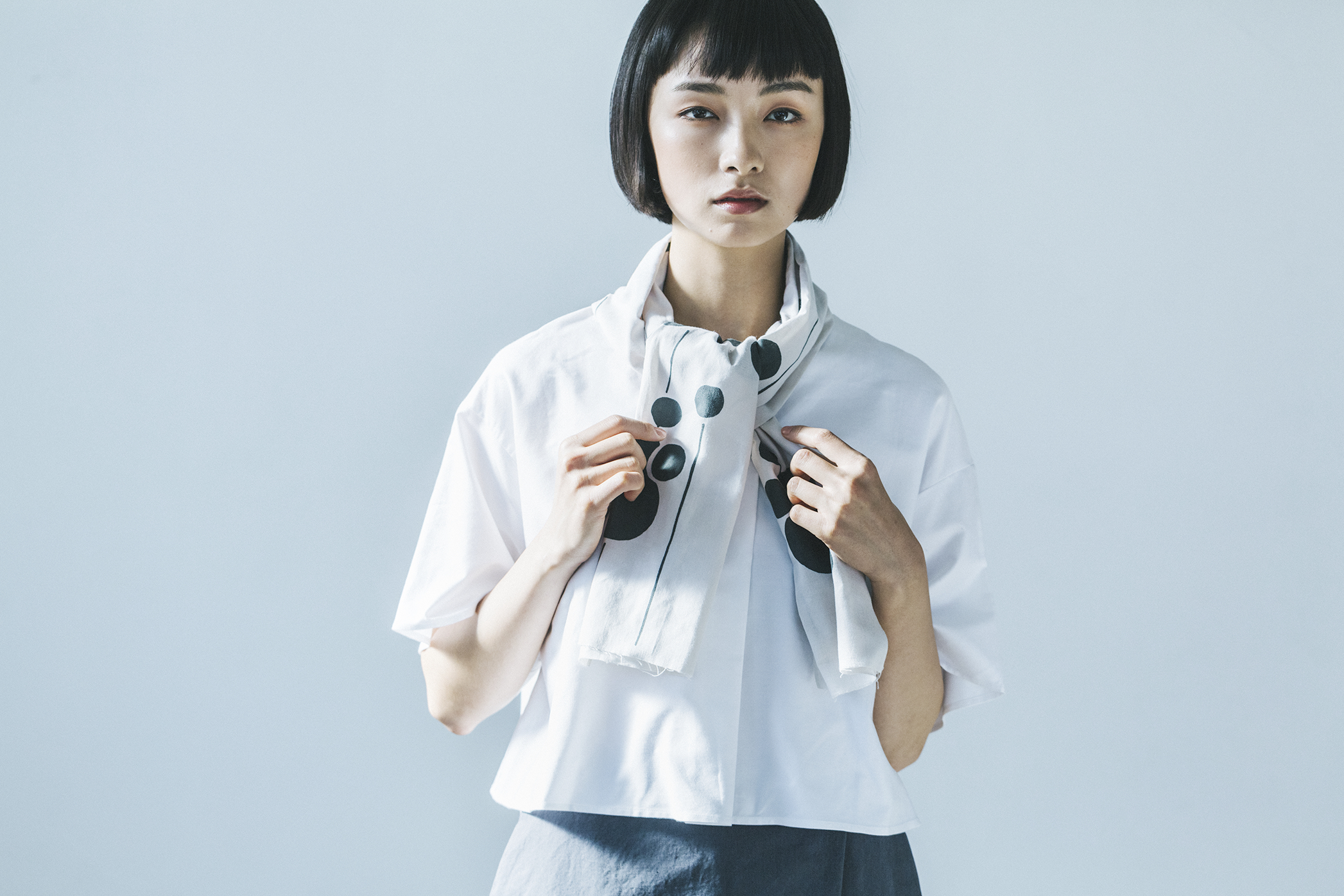 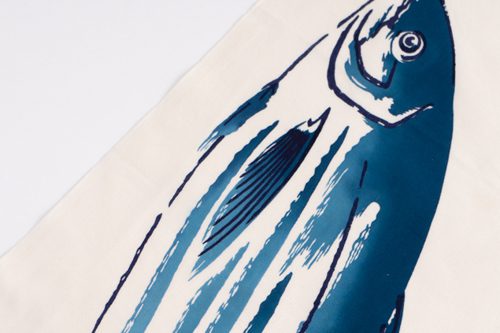 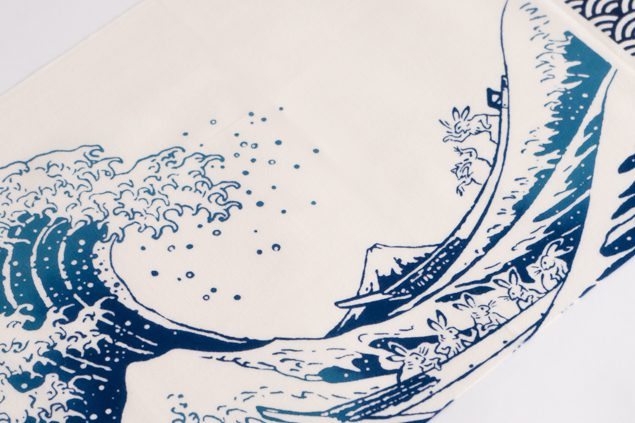